Carl Hester needs no introduction. His phenomenal successes come from both inside and outside of the dressage arena from competing at the highest level internationally to also raising the awareness of ‘dancing horses’ to the masses.

In the run up to the 2014 World Equestrian Games, we were lucky enough to speak to Carl about his preparations for WEG, his personal inspirations and hear his important message to the equestrian world.

How has life changed since winning gold at the London 2012 Olympics?

The year before, in 2011, we won the European team gold and I won my 2 individual silver medals, Laura took the bronze and Charlotte was in the top 10, so the writing was on the wall that things were looking good for London.

Since 2012, life hasn’t changed that much as my work load and what I do on a day to day basis is the same, but I suppose my life is more complete since then because I have achieved something. Since London I have a more relaxed attitude as I have achieved my lifelong ambition.

Did you ever foresee that dressage would become so hugely popular with both riders and spectators?

With riders, yes, as the more people you can help understand the sport, the better and this growth can be seen with British Dressage.

When spectators could actually see beautiful dressage they were going to understand more about it.  Whilst the riding is the same, what has changed over many years is the commentary, and this has got so much better. There are now headsets that spectators can listen to as it happens with more explanation, this happened with gymnastics and ice skating and now people can understand the marking. 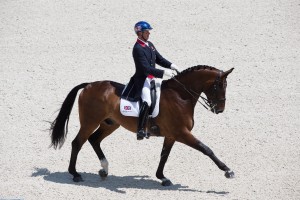 You’ll be taking the enormous Nip Tuck to the World Equestrian Games, how have his preparations been going since you returned from the Test event?

We have all had a kick in the pants over the last 6 weeks. Everyone realises that we need to up our game and get our qualification for Rio so that we can bring home more medals.

With Nip Tuck, I am quietly excited about him as he is only 10.  He plateaued a bit due to his size, he’s 18hh, but he feels better than at Hartpury and 6 weeks on he feels better every day.  At the Test event, there weren’t any spectators and so with a packed arena of 20,000 this may change, but he doesn’t seem to be affected by noise in the same way that Dances with Wolves is.  Nip Tuck is very chilled and I just hope my preparations at home are what is needed on the main stage.

Is Charlotte going to stay with you forever?

I think Charlotte knows she has a good thing going…why would she take over the running of the yard and all the bills etc!!!  But if she wanted to, I am ready for when her time is right.  As it works now, I can’t see it changing, I am enthusiastic about her riding and she is enthusiastic about my training. 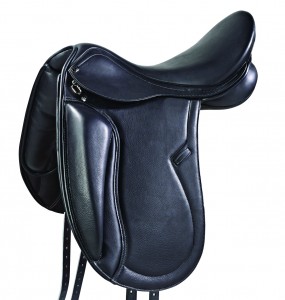 How did your input with GFS come about for the recently launched PDS Integro Mono Flap Saddle, which is aimed at ‘difficult to fit’ horses?

Saddles are very individual and with such a diverse range of different shapes and sizes, men, women, kids, adults, thin, tall etc, it is a purely personal choice.  GFS approached me and asked if I would like to try one and I said that the best thing I could do was to try one for a month on my 2 horses, which are hard to fit. I knew on Day 2 of the trial that I could ride in it.  It suits both me and my horses.  The basic shape was really close contact and the horses I ride are big movers and I wanted to know if there was more I could get out of the saddle. My input was with the flocking, the size of the flap, where the knee rolls were etc. It was all very personal to me but I had full access for my needs.

What or who inspires you within the equestrian world? Past and present.

What inspires me is moving with the time. We now have biomechanics, expert saddle fitters, nutritionists, and the World Class Programme…everything that makes our performance better.  It is not a case of making do anymore, it is about maximizing all of your efforts.

The people who inspire me are those people who have longevity at the top: producing at the top level whether show jumpers, eventers and so on.

Is there an all time favourite yard/stables that you’ve been too? And why?

I would have to say Kate & Stuart Carter’s racing yard. It was just so amazing to move there and get out of the confines of a dressage yard, which only had 3 acres and was on a main road.  When we moved there, the space was incredible and we could ride everywhere as it was 108 acres. It wasn’t posh or fabulous but the freedom was liberating. 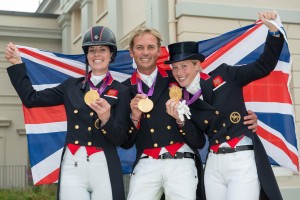 Which country in your opinion does equestrian best? And why?

Great Britain definitely does…London 2012 proves that but we are always going to be up against people who are constantly improving. The way we keep and produce horses is the best. People still want British grooms because they care. Germany & Holland have long been the countries we look to as they have success, discipline and breeding, as well as longevity at all levels; they are ahead on some of those scales and we have to prove we can maintain the heights we reached in London.  We were the best in 2012 and we have to take that forward.  We treat horses well and give them a nice life and that is important.

Be adaptable to your horses needs

Do you have an equestrian hero?

I admire lots of people who have longevity at the top

What is the quality that you most like in a horse?

Activity of the body and the brain

If you hadn’t worked with horses, what do you think you would have been doing?

Working in a hotel back in the Channel Islands. I used to work in one and loved meeting everyone. I drove the carriages, worked in the bar and used to love it.

What is the most valuable piece of advice you have been given?  Who gave it to you?

After my 1st Olympics and World Games, I thought people would offer me Grand Prix horses to ride and Bert Rutten, who I trained with, said don’t wait for someone to give you a horse, buy a 3 year old and train it yourself so that you experience the whole thing.  And that is what I have done ever since. 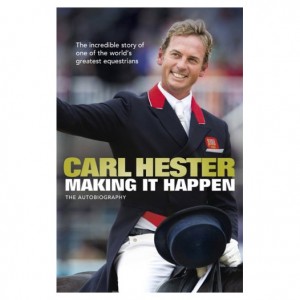 Tell us something about yourself that only you know?

There are some things you wouldn’t know about me but they are all in my book!!

What would be your message to the equestrian world?

I hope there are still as many nice people out there giving opportunities like the ones I was given, not coming from a privileged background of horses, for tomorrows’ generation.

As we all know, there are talented people out there who don’t have the finances to get there and may just need your opportunity.

Do you have any secret superstitions? 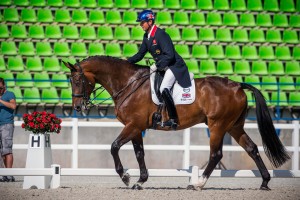 What are your top 5 indispensable pieces of kit, for you or your horse?

1. My travelling groom Alan, who I can’t imagine dong this job without.

2. As dressage is about presentation, my Kingsland outfit that I ride in.

3. Safety has become more and more paramount, so my funky Union Jack Casco helmet is a must.

4. The whole of the World Class team and I would just like to thank them for making our life so easy so we can completely focus on the competitions:  they include Saracen horse feeds, our farrier, physio (Andy Thomas), our chiropractor, and all the equipment from Zebra Products plus PDS Saddles, FMbs Medics for magnetic rugs for the horses, Classic Dressage and Horsehealth for competition wear and Nettex for making the horses look amazing and also Roeckl gloves. They are all always at the end of a phone when we need something.

5. Never forgetting my head girl and groom riders at home as they keep our horses going while we are away at all the competitions and we know when we are away we are leaving them in capable hands.

Jilly Cooper every time! Met her, love her, she’s crazy!

Bling or no bling?

Hickstead for the summer, Olympia for the winter

Huge thank you, Carl, for talking to The Gaitpost at such a busy time. We wish you, Charlotte, Michael and Gareth every success this week.

Carl Hester was raised on the Channel Island of Sark and at the age of 19 he applied for a job with horses on the UK Mainland at The Fortune Centre of Riding Therapy and on the Centre’s skewbald mare, Jolly Dolly, he won the 1985 Young Dressage Rider Championship. Moving to Bourton-on-the-Hill, he competed at the first Blenheim Horse Trials and won the Spillers Dressage with Jumping Championship. He next rode for Dr Wilfried Bechtolsheimer (father of Laura) and in 1990 went to the World Championships on Rubelit von Unkenriff, the European Championships in 1991 and in 1992 the Barcelona Olympics on Georgioni. Hester became the youngest British rider ever to compete in an Olympic Games. Since then, Carl Hester has become a household name and as they say, the rest is history.

Thanks to Jon Stroud Media for supplying the photos

Behind the scenes with Valegro 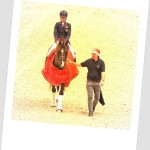 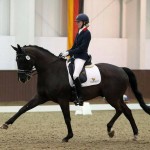 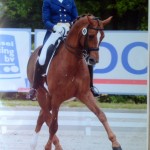 The Importance of Tempo 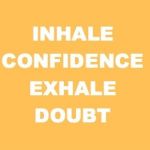 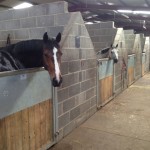