Buckinghamshire teenager Lottie Tutt added her name to an impressive roll of honour when she won the Blue Chip Pony Newcomers Championship at the Horse of the Year Show in Birmingham.

The 15-year-old followed previous winners like current world eventing star Oliver Townend and show jumpers Matthew Sampson and Jessie Drea in winning a class that was first contested at HOYS in 1985.

“It’s an amazing feeling. I wasn’t expecting it. She is only young, but I knew she had the scope to do that. I watched Holly (Truleove) go, and I saw that India (Bussey) was four seconds quicker, so I knew it was going to be a quick jump-off.

“Derek bred Market Angel, and I broke her in and rode her right from the beginning. He gives me some tips, and I have been to his place a couple of times for help and stuff. He’s really helpful.”

“She is very stroppy, but when she is doing her job that’s when she is at her happiest. She just has the right brain and takes everything in her stride. Winning this class is definitely a box ticked. I have ridden here before, and that really helps when you go into the arena. It is easier when you have been here before.” 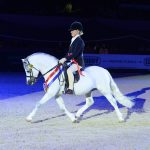 HOYS – the finale of a fantastic year 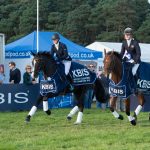 Osberton International Horse Trials Round Up 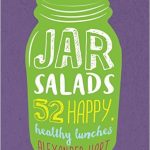