World Number 3 Simon Delestre (FRA) repeated history at the Longines Global Champions Tour of Rome with a stunning win on his fiery chestnut gelding Chesall Zimequest. The pair won this class this time last year, with Simon and Chesall blowing away the rest of the field during the second day of competition at the stunning Stadio dei Marmi after an exhilarating eight-rider jump-off. 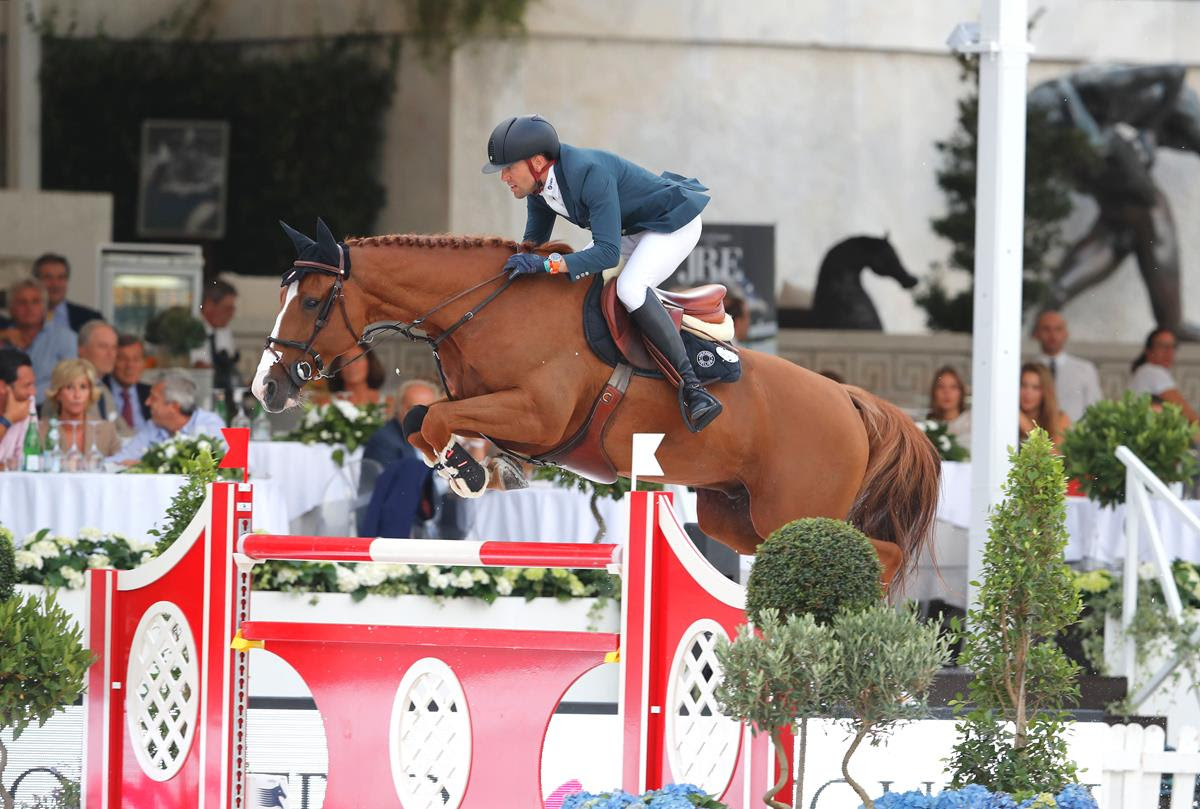 Set against picture perfect blue skies, the action kicked off as an impressive field of 44 international riders took centre stage in the natural amphitheatre. Just before warming up, Bertram Allen (IRL) described the set up in Rome during a Facebook Live session on the Longines Global Champions Tour page, explaining:

Uliano Vezzani set a fair but thought-evoking course; while the 1.50/1.55m fences were imposing in themselves, the circuit required delicacy, forethought and accuracy from the riders, with the time allowed a factor in the overall results. Denis Lynch (IRL) lulled spectators and fellow competitors into a false sense of security, with his long-striding horse All Star 5 eating up the time allowed. However as the competition unfolded, it became clear that the riders needed to manage the course from start to finish, resisting the temptation to push too early. Mistakes were made by riders conscious of the time, taking a pole or taking off a stride too early.

Seven further riders joined Denis in the jump-off, with the local fans cheering for home heroes Piergiorgio Bucci (ITA) with Cuarta and Juan Carlos Garcia (ITA) with Cocodrillo. Course Designer Uliano had offered options in the jump-off; particularly with the distance from fences one to two, enticing riders to gallop through on six strides between the two full height oxers. First to go Denis set the bar at 38.14s but knew the door was open for the riders yet to come. Second place man Pius Schwizer (SUI) and Leonard de la Ferme CH put in a stand out performance, with the Swiss rider showcasing a masterful round on a horse that is fairly new to his stable. The long-striding horse was a completely different challenger to Simon’s Chesall, but the pair managed to clock an impressive time of 36.00s.

But it was World Number 3 Simon Delestre (FRA) who was lightning fast against the clock. Despite being early in the draw, he and the feisty Chesall delivered, living up to his reputation as being one of the fastest jump-off horses in the world. The pair stopped the clock in 35.35s, taking home the win as the action revs up ahead of the LGCT Rome Grand Prix.

Earlier in the day, and fresh from the Rio Olympic Games, Maikel van der Vleuten (NED) delivered a perfect round in the CSI5* opening class in Rome. Under scorching sunshine, the top Dutch rider artfully managed the scopey VDL Groep Quatro to take the win in the 1.45m two phase competition which saw many of the world’s best flex their muscles for the first time this weekend in the heart of Italy.

With clear blue skies, temperatures rose as the horses and riders took to the arena, watched on by fans and the 59 classic marble statues depicting various Olympic sports. First to set the pace early on was young Dutch talent Kevin Jochems (NED), who stormed to the lead with a blistering second phase against the clock, crossing the line in 27.43s. Soon to beat his time was the ever-speedy David Will (GER) with Mic Mac du Tillard; the pair galloped round, stopping the clock almost a full second quicker than Kevin’s time in 26.42s. New Zealand’s Samantha McIntosh (NZL) and Lady Gaga 18 put in a strong performance, but were unable to better David’s time, taking third place overall, but it was Maikel and Quatro who stole the opening show – clocking an impressive 26.36s, just tenths of a second faster than David’s time.

Tomorrow will see the day kick off with the CSI5* 1.45/1.50m class taking place at 12:15, before the Longines Global Champions Tour Grand Prix of Rome takes centre stage at 15:00 local time. Follow the action live via GCT TV, or check out the full international broadcast schedule here. 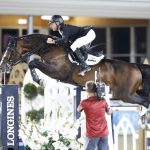 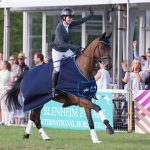 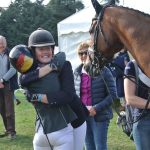 Hobday’s bit on the side for charity 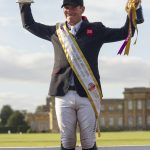