Olympia, The London International Horse Show has announced that one of Great Britain’s most successful ever Show Jumpers, Scott Brash MBE, has decided to officially retire his leading mare Ursula XII at the annual equestrian event, which is taking place from 17-23 December 2018.

Since forming their partnership in 2012, Brash and Ursula XII have become one of Show Jumping’s most iconic pairings, having had their fair share of prime podium positions throughout their journey together. The 17-year-old Scottish Sport Horse, owned by Lady Harris and Lady Kirkham, has delivered strong performances throughout the entirety of her career. In 2016, Ursula secured an historic win for Brash in the CP International at the CSIO Spruce Meadows Masters, not only making her the highest earning horse that year, but also the world’s best. The pair has gone from strength to strength, taking the Longines Global Champions Tour Grand Prix of Mexico title this year.

The partnership has regularly competed at Olympia, very narrowly missing out on winning The Longines FEI Jumping World Cup™ at the Show in 2017, after Julien Epaillard’s jump-off denied them first place. A special retirement ceremony will take place on Sunday 23 December, after the Turkish Airlines Olympia Grand Prix, commending this special horse before she enjoys a happy retirement.

“Ursula is once-in-a-lifetime horse who has given me moments in my career that I will never be able to top. I don’t think I will ever ride a horse like her again, she’s one of the smallest horses in the stables but jumps round such big courses more easily than any horse I’ve ridden. It is an honour to be giving her the retirement ceremony she deserves and celebrating her incredible career. We’re thrilled to be paying tribute to her at Olympia, the atmosphere is like no other and the Show is on home-turf, making it even more special.”

“We’re delighted to be holding the official retirement for Ursula. She’s an incredible horse and it is a privilege to be paying respects to her career, in addition to giving ticket holders the opportunity to witness this special occasion.”

Tickets for Olympia, The London International Horse Show are still available, for more information and how to purchase tickets visit www.olympiahorseshow.com 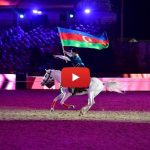 ‘Land of Fire’ Azerbaijan announced as display act for Olympia 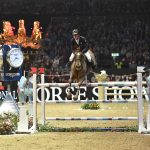 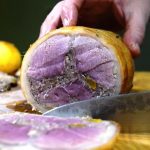 An alternative to the Christmas Turkey 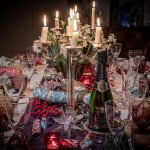 Top tips for your Christmas table