The Olympia Grand Hall has closed its doors after another very successful week of world-class equestrian sport and international displays. 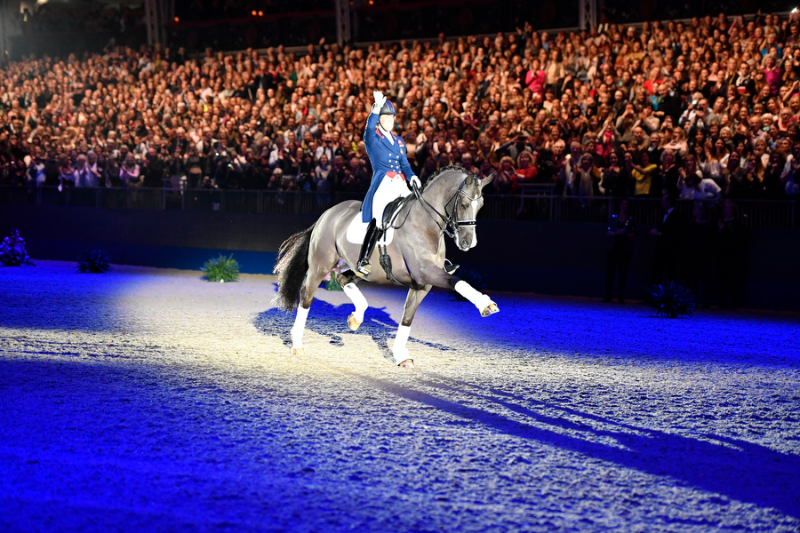 Over the seven days, 90,000 spectators took to their seats to enjoy Olympia, The London International Horse Show, and applaud memorable performances including the retirement of Charlotte Dujardin’s gold medal winning partner Valegro and a home victory for Scott Brash in the Longines FEI World Cup™ qualifier presented by H&M. British Dressage’s own Superman, Carl Hester, did the double by claiming victories in the FEI World Cup™ Dressage Grand Prix and the FEI World Cup™ Dressage Freestyle, both supported by Horse & Hound, on the Tuesday and Wednesday evenings respectively.

The FEI World Cup™ Carriage Driving supported by Dodson & Horrell was won by the Boyd Exell, who once again proved he is still very much at the top of his game.

Other highlights of the event included The Shetland Pony Grand National which raised a phenomenal £38,500 for the Bob Champion Cancer Trust. The international displays of Santi Serra, which involved impressive stunts with dogs and horses, and Pride of Portugal, who dance on Lusitanos to Justin Bieber, both made their Olympia debuts and proved to be a real hit with the crowd.

The Markel Champions Challenge in aid of the Injured Jockeys Fund created an electric atmosphere as the country’s top jockeys put their hand to show jumping on the Friday evening. A typically flamboyant display of riding from Frankie Dettori clinched victory for his team of flat jockeys.

For those unable to attend the Show, live coverage on the BBC, FEI TV and the Olympia website allowed them to enjoy the action from the comfort of their home.

Away from the arena spectators enjoyed a revamp of the shopping village, making it the place to go for last minute Christmas gifts for the whole family.

“This year’s Show was a tremendous success with so many highlights. Not only did we have superb competition in Dressage, Driving and Show Jumping, but the entertainment was particularly memorable, with some great acts and sporting legends gracing the arena throughout the week. In addition, the retirement of Valegro was a very special moment and it was great to be able to celebrate our achievements in Rio with a medal parade on the Friday evening.”

On Wednesday 14 December Charlotte Dujardin and her champion companion Valegro, performed their London 2012 Olympic gold medal winning routine in a ceremony prior to Valegro’s retirement from competition.

The sell-out crowd watched in awe as they performed their last dance together, with owner Carl Hester and groom Alan Davies celebrating the magnificent story of Valegro and Charlotte’s partnership, the duo exited the arena after an emotional and historical farewell.

Carl and Nip Tuck successfully defended their Olympia title on the following evening, with a win in the FEI World Cup™ Dressage Freestyle supported by Horse & Hound, delighting the crowd with an effortless routine.

BRITISH SUCCESSES IN THE SHOW JUMPING

The packed house was thrilled by Scott Brash (GBR) and his ride, Hello M’Lady, as their performance in the Longines FEI World Cup™ qualifier presented by H&M, led them to snatch the victory. The celebrations were heightened as Ben Maher, the last Brit to win the class back in 2011, finished in second place.

“It’s great to perform in front of a home crowd,” said Scott after his victory. “The atmosphere was amazing the crowd really got behind us.”

With tense displays of Show Jumping throughout the week, the packed crowds were treated to world-class performances in the arena. An impressive debut by Holly Smith, and a brave round by Christopher Megahey in the Cayenne Puissance saw them both fly clearly over 7ft1in wall, resulting in them sharing the title.

On the final eve of the show, the Olympia Grand Prix was won in splendid style by Daniel Deusser, with Edwina Tops-Alexander finishing closely behind in second place, and Scott Brash in third.

“I feel on home ground here,” remarked Exell who moved from the UK to Holland two years ago, “That does increase the pressure for me, but equally we are all lifted by the crowd. The Show is the one we want to be at.”

The Kennel Club’s four-legged friends returned to Olympia with a great display of dog action across the week. Results of the dog agility competitions are listed below: 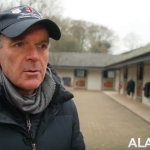 The Valegro Story by Alan Davies 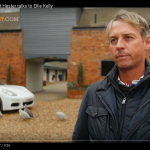 The Valegro Story by Carl Hester 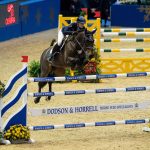 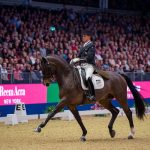 A night to remember at Olympia 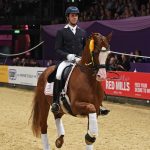 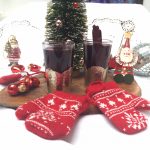