Less than a month after the most thrilling Olympic Jumping contest in living memory, a host of the stars who electrified the Deodoro arena during the 2016 Olympic Games in Rio de Janeiro (BRA) have descended on the city of Barcelona (ESP) for this week’s Furusiyya FEI Nations Cup™ Jumping 2016 Final.

The full French side that took team gold, and the individual gold and silver medallists, will be joined by horse-and-rider combinations from across the globe who all want to secure the prestigious Furusiyya title for their country.

Well over a century since it was created, the Nations Cup concept has never lost its appeal to both participants and public alike, and the revised format introduced when Furusiyya took up the title sponsorship four years ago has revolutionised this team sport, opening it up to many more countries and encouraging development and competitiveness.

A total of 46 countries lined out in the 19 qualifiers staged across the globe during this 107th season, and 18 nations will be represented when the curtain is raised at the Real Club de Polo in Barcelona on Thursday.

So who should we be looking out for? Well the French of course will be hot to trot after their Olympic success. In time-honoured tradition however they had to fend off a whole series of disasters and disappointments before it all came together in the end for Kevin Staut, Philippe Rozier, Roger Yves Bost and Penelope Leprevost in Rio. The same foursome will join seven other teams from the European Division 1 qualifying series, including the League winners from The Netherlands.

It just didn’t happen for the Dutch at the Games, so Jeroen Dubbeldam, Gerco Schroder, Ruben Romp, Harrie Smolders and Maikel van der Vleuten will be hoping to turn that around while Italy, Switzerland, Ireland, Germany and Sweden will also be giving it their best shot, the latter bolstered by the presence of newly-crowned Olympic silver medallist Peder Fredricson.

Last year’s Furusiyya champions from Belgium have been struggling this season and finished second-last on the League table, so Niels Bruynseels, Pieter Devos, Jerome Guery, Nicola Philippaerts and Gregory Wathelet will be hoping to restore the national pride that is intrinsically linked with the Nations Cup format.

And then there are the British of course, who will by buoyed up by the extraordinary performance of Nick Skelton and Big Star who claimed the very first individual Olympic gold medal for their country on the final afternoon of the Games. This was the stuff of legends, the 58-year-old rider who made a comeback after breaking his neck in a fall 16 years ago and who competes with a replacement hip, partnering a horse that was struggling with injury for over two years and who was, in his rider’s words, “a bit ring-rusty” in the early stages of the week-long competition. With Scott Brash, who will be on top of his game after his recent victory in Spruce Meadows (CAN), as well as the Whitaker brothers Michael and John and Tim Stockdale on the British side, they may well be a force to be reckoned with.

And when it comes to legends there is another whose name springs to mind. Germany’s Ludger Beerbaum announced at the end of the Games that he intends to retire from his national team after this year’s Furusiyya Final, and there could hardly be a more fitting place for him to bring that era to a close. It was at the Real Club de Polo that he clinched the individual Olympic title back in 1992, and he has become one of the most influential figures in the sport over the intervening years. It would be a particularly nice tribute to this man’s stunning career if he could stand on the top step of the podium next Saturday night along with Daniel Deusser and Christian Ahlmann who joined him in securing team bronze in Rio. Also in the German selection are Janne Friederike Meyer and Marcus Ehning.

Everything about this Final suggests a week of top sport. Europe Division 2 will be represented by the host nation and Austria while Qatar will represent the Middle East and the latter side will include Sheikh Ali Bin Khalid Al Thani who made it through to the electrifying six-horse jump-off for individual gold in Rio. The Olympic hosts from Brazil, who put on a tremendous performance on home ground, will be there, along with the Colombian team that produced some strong results during the season, while Mexico and the Olympic silver medallists from USA will also be in contention. The geographical spread also includes teams from Egypt and Australia, reinforcing the whole ethos of this series that is designed to be as inclusive, yet as competitive, as possible. It’s a recipe that has set the sport alight over the last four years and which looks set to bring this 2016 series to another thrilling conclusion.

The action begins on Thursday with the First Qualifier, from which the top eight teams will go through to Saturday night’s finale. The remaining 10 countries will battle it out in Friday night’s Longines Challenge Cup.

Watch all the action LIVE: 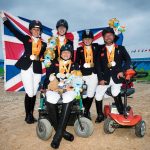 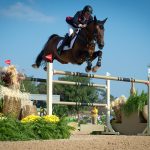 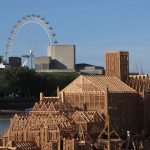 September’s Super Seven things to do in London 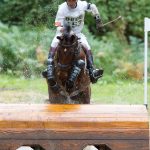 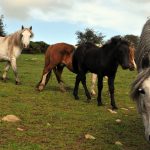