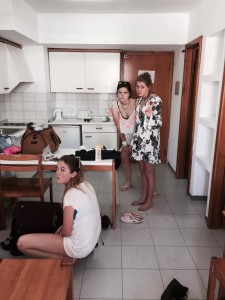 Thrilled to be in Magaluf

Apologies for my absence but since my last post life has been somewhat of a whirlwind. To be honest, I’m not really sure where to start…actually scratch that I know exactly where to start: 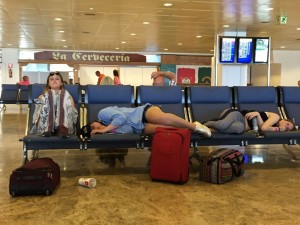 Yes, you read that right, we went to Magaluf. How can I put this in equine terms? Magaluf is like arriving at an event to discover other competitors are wearing nothing other than spray-on pink breeches (with, of course, dodgy fake tans), fences held together by binder twine and commentators whose vocabulary doesn’t go much beyond ‘oggy oggy oggy oi oi oi’. It was an experience. 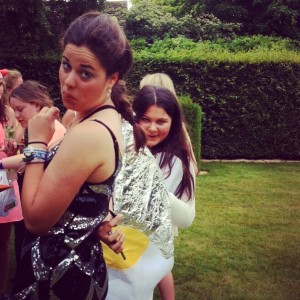 In the grand scheme of things I’m a relatively social person. But I have my limits. Those limits being horses. I’ve always pictured my life like a triangle; at each point there is one critical aspect of life. Those aspects being horses, social and sleep. Below said triangle is the small print: choose two. In past blogs I’ve mentioned my partiality to sleep, so I think it’s pretty obvious the two I chose. As a consequence, recent weeks have been somewhat of a shock to the system with a ridiculous number of 18ths and 21sts.

The culmination of this madness was the one and only Barbury Castle Horse Trials. Barbury has always been, and will always be, my favourite event of the season, so there is always much excitement when we reach July. When I say it’s our local event, I mean it to the extreme; all we have to do is cross the road. Handy right?

Barbury was, however, particularly special for me this year as it was mine and The Wonder Dun’s first ever CIC**. Scary stuff! Being one of the local riders a few favours were called in, so I guinea pigged for one of the CIC** sections as well. Never in my life did I think I’d say the words ‘Good morning Madam, I’m your guinea pig.’ Given by the bemused look the judge gave me I think it would also be fair to say that she herself never thought she’d hear them.

Dell did a beautiful, obedient test and I was thrilled with how he dealt with the more complicated movements.

Dad on the other hand, did not cope quite so well with the half passing and pirouetting; the commentary throughout the video consisted of ‘what is that?’. ‘why is she doing that?’ and ‘was that supposed to happen?’. I think perhaps he may have to be demoted from his previous title of The David Attenborough of the Eventing World.

On the Saturday I had both my jumping phases, and it all very nearly went to plan. Operative word there being nearly. Before my show jumping it’s fair to say that I got a serious case of The Coloured Pole Jitters. Unfortunately this didn’t bode well for my sat-nav, which quite comprehensively malfunctioned. Beyond irritating, particularly when it seems that half the world was watching, but hey, life goes on. 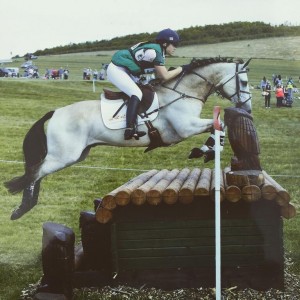 I gave myself a firm boot up the backside before cross country, and so The Wonder Dun and I set off, nearly flattening Super Groom Claire on our way into the start box (sorry Claire!). Quite frankly there is no other way to put this: he gave me the ride of my life.

Barbury is an awesome course to ride around because it has so many big and bold island fences so it really encourages forward, attacking riding. On the other hand it also needs a clever horse as it seems the water combinations were deceiving to many of the horses and a lot of partnerships ended up going for a swim. 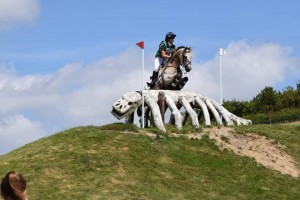 Thankfully The Wonder Dun fitted the criteria to perfection; not only is he brave enough to take on the size of the fences but his pony brain is also great for working out the more complicated questions.

Overall it was an absolutely cracking weekend, and we definitely finished on a high! Barbury is renowned for its parties and Saturday night definitely didn’t disappoint.

A slightly early finish in the main marquee meant we had our own sort of after party at home…a night of dodgy dancing, belting out Shania Twain and flying cheesecake (involuntary flying cheesecake I might add, said flying was definitely not on the cheesecake’s terms) therefore preceded.

My other horses have also been on top form, particularly Mickey who is now back competing. We’ve been building our relationship back up with a few BE100 rounds as after the problems we had towards then end of last year it had deteriorated a little. The only way I can think to explain the situation is like this: Mickey is like a cheating boyfriend who is being given a second chance. Things are on the up and it looks promising but there are some definite trust issues still in the works. 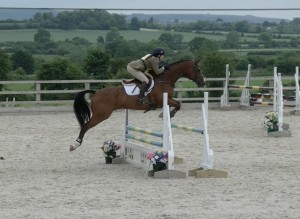 With a bit of luck though maybe we could become an equine Brangelina (not that I plan to start adopting children anytime soon)…he’s done three 100s going double clear in all of them, and even winning one of them. So hopefully it can only go up from here, we’re stepping him back up to Novice level now so he’s entered for Aston Le Walls this weekend and then Wilton after that. Let’s please keep all fingers, toes, legs, arms and ears crossed!

Reebee, or The Pensioner, as he is commonly known at home, is also going back into competition. We’ve patched him up and he’s the best we’ve ever had him which is really exciting. Less exciting is the prospect of taking the animal for hack. Call me crazy (many often do), but I swear to God the pheasants are in on a conspiracy. Every time I hack him they play this game, if they could talk I’m pretty sure they’d title ‘Let’s Get Pumbaa Decked’. Not cool guys, not cool.

So that’s it Ladies and Gents, my first post of the newly titled ‘Gap Yah Eventer’…schools out, it’s time for the ponies to play! 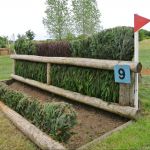 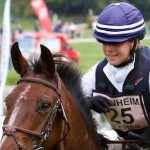 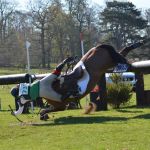 Pumbaa, The A Level Eventer : Part 4 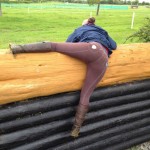 Pumbaa, The A Level Eventer : Part 5 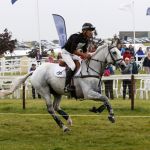 Avebury is simply the best 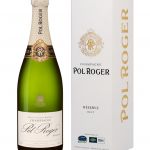 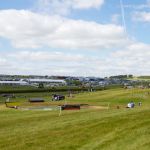 What makes Barbury so special?