Shine the spotlight on invisible horses

A host of influential speakers from across the equestrian and charity sectors, including singer, songwriter and actor, Will Young, explored the theme of the ‘Invisible Horse’ at World Horse Welfare’s Annual Conference (10th November). 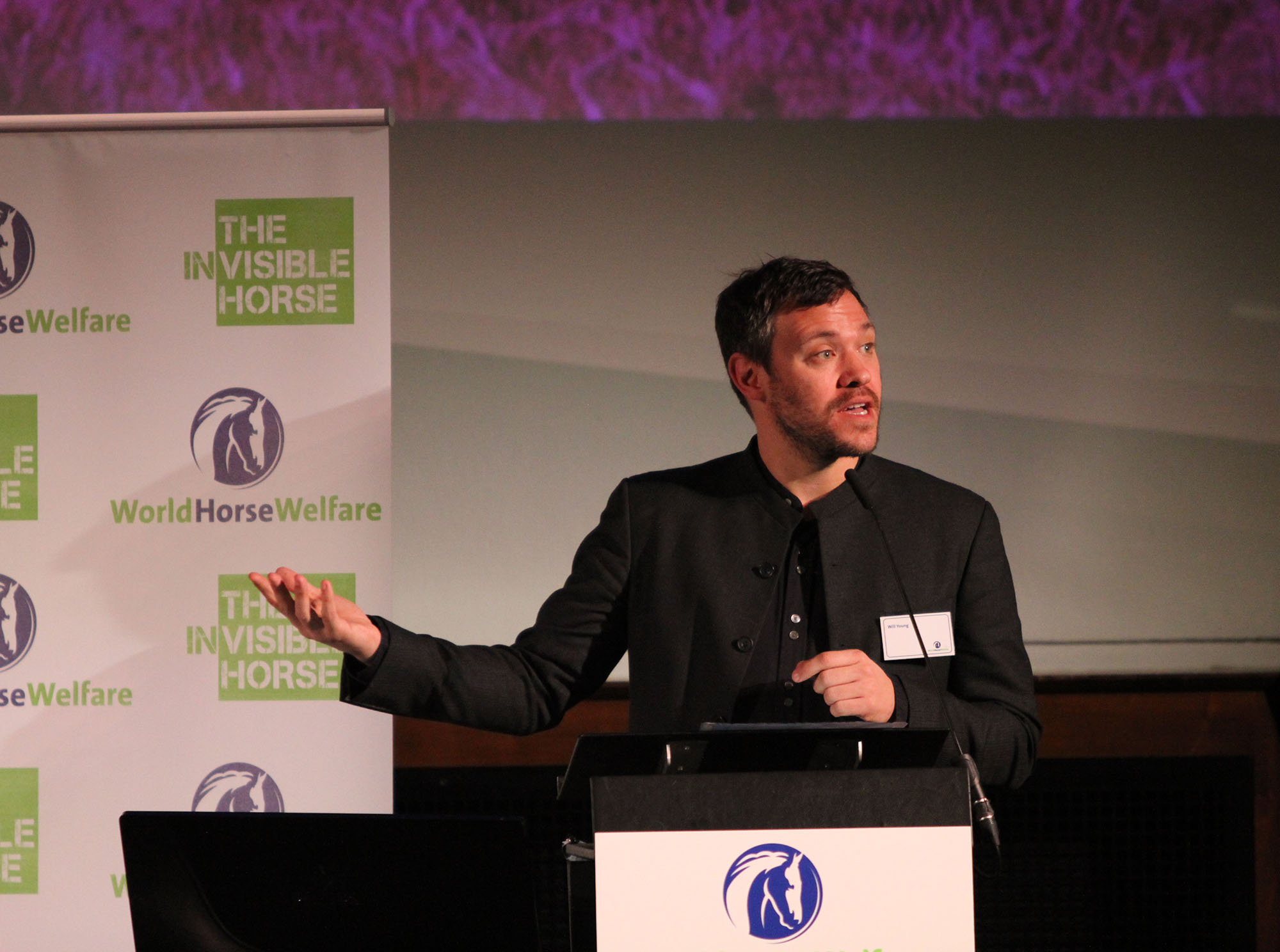 Will gave a moving presentation about the plight of the Bodmin Moor ponies and his journey through understanding the issues faced by not only these ponies, but the many others in similar situations all across the country. He explained that since becoming involved with local charity, Shires Holt, he has learnt much more about the invisibility of horses in the UK. Will said:

“In general, there is now a lack of value to the horse yet they still continue to be a status symbol. There is a paradox here.”

He called for everyone to become involved in raising awareness of invisible horses, saying:

“I am just one person who is saying ‘did you know about these problems?’ and people are responding with a willingness to help. I’ve come here today because I think it’s great to use one example (Bodmin Moor) of a microcosm in the UK, this is going on across the UK. We are all here because we are passionate about the welfare of horses and ponies.” 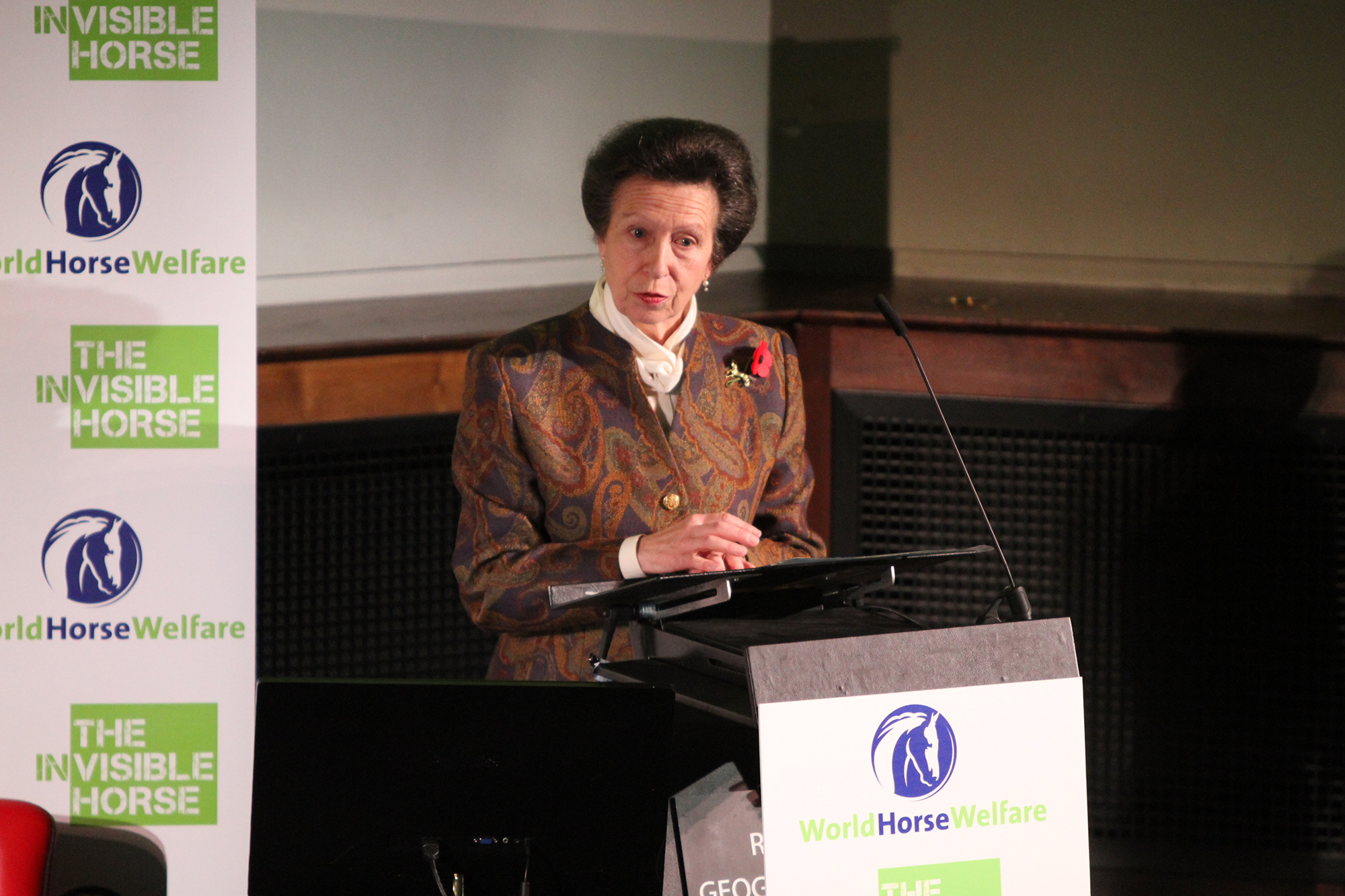 World Horse Welfare President, HRH The Princess Royal, gave her thoughts on who should take on the responsibility for horses. She said:

“First and foremost it (responsibility) must be with the owner. People need to understand that taking on a horse is a 24 hours a day, 365 days a year responsibility. It is not 9-5 or whenever you feel like visiting on a weekly basis.”

HRH also expressed the importance of education in ensuring horses do not end up as welfare cases, and the need to put measures in place to prevent welfare problems – keeping prosecutions as a last resort.

Attention was turned to the world of endurance in the UAE with an enlightening presentation from His Highness Sheikh Sultan Bin Zayed Al Nahyan, Chairman of Emirates Heritage Club in the UAE who spoke on the Boutheib Initiative which has made tremendous steps in improving horse welfare in the sport. 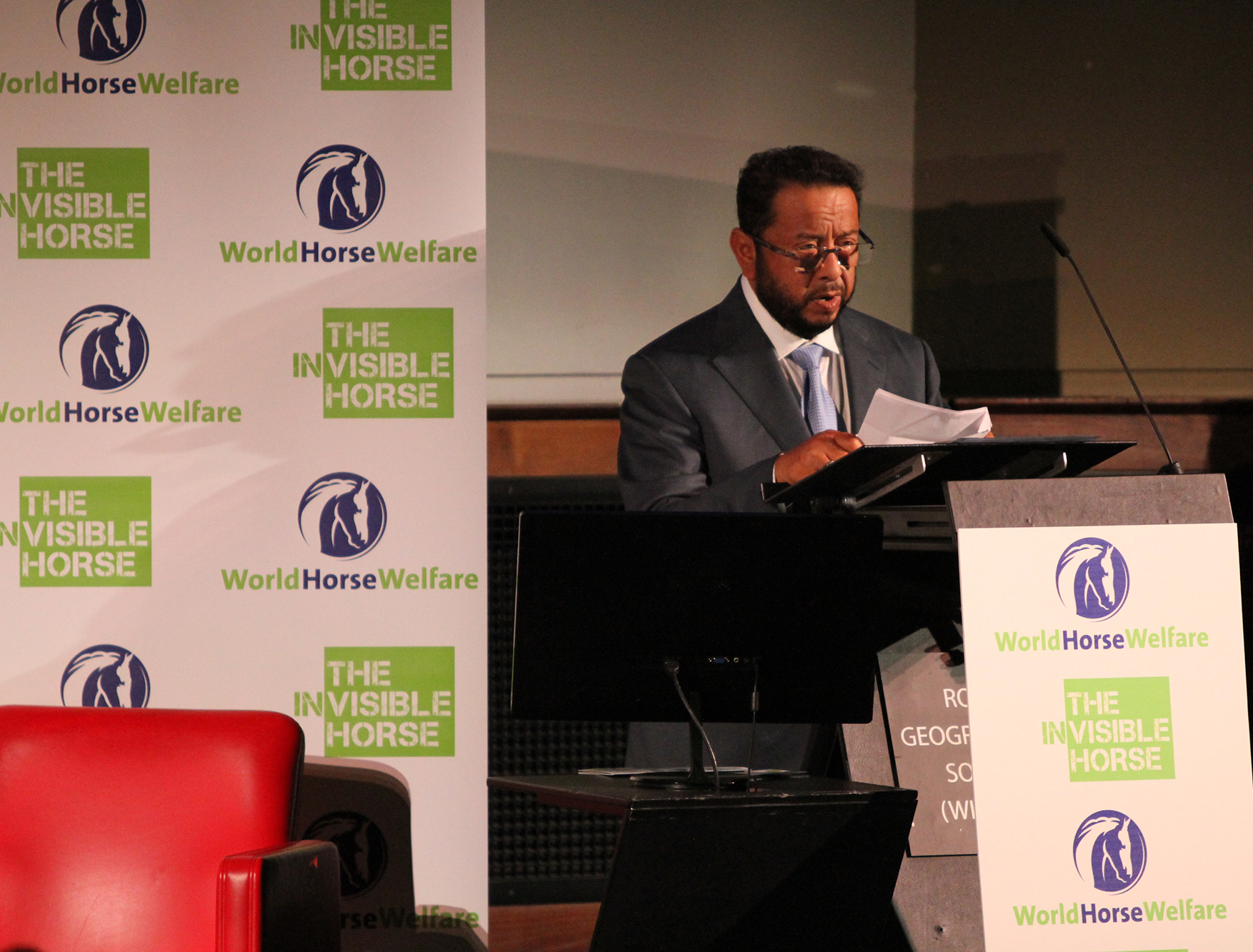 He spoke of his strong belief that endurance should not be about the first horse past the post but instead the horse in the best condition at the finish. In a sport which had been rocked by negativity over recent years, His Highness presented a positive and forward-thinking approach with greater rules and regulation to protect horse welfare that has already seen success through a huge reduction in injuries and eradication of horse fatalities through the 2016 season. He said:

“Removing the focus on speed does not remove competition in endurance. The real competition should be about your horse finishing in the best possible condition.”

Chris Riggs of the Hong Kong Jockey Club presented on equine welfare in China and the many challenges horses there face from a lack of access to specialist equine veterinary care, knowledge and facilities. Chris also spoke of the equestrian industry’s fast-growth in China, with investment in breeding programmes, veterinary training, the building of a 1,600 horse capacity Thoroughbred training centre, a greater focus on the leisure horse industry and Beijing chosen as host for the 2018 World Equine Veterinary Association conference which World Horse Welfare will play a supporting role in. Chris said:

“Whilst there are many challenges when looking at equine welfare in China, there are also many opportunities. Attitudes are changing all the time and the industry is growing rapidly by 20% per annum so there is a real appetite for education and training which is very positive for the future.”

Head of Data Analysis at nfpSynergy, Cian Murphy, discussed the ways in which charities can rebuild the public’s trust after revelations of underhand fundraising tactics and poor supporter communication have severely undermined their status. He spoke of research which showed there is a lack of understanding of how large charities work and demonstrated public desire for charities to be subject to greater regulation even if this would mean a reduction in the money they raise. He said:

“Charities need to be open, honest and explain to their supporters exactly how and why their donations are used in the way that they are. Trust is about listening to supporters and communicating with them so that any problems or concerns are addressed before they turn into bigger, headline issues.”

Journalist, author and broadcaster, Anthony Hilton, gave his views on the issues of public trust in charities – calling for more trust and transparency. He said:

“Charities need to be open and honest about not only their successes but also their failures too.” 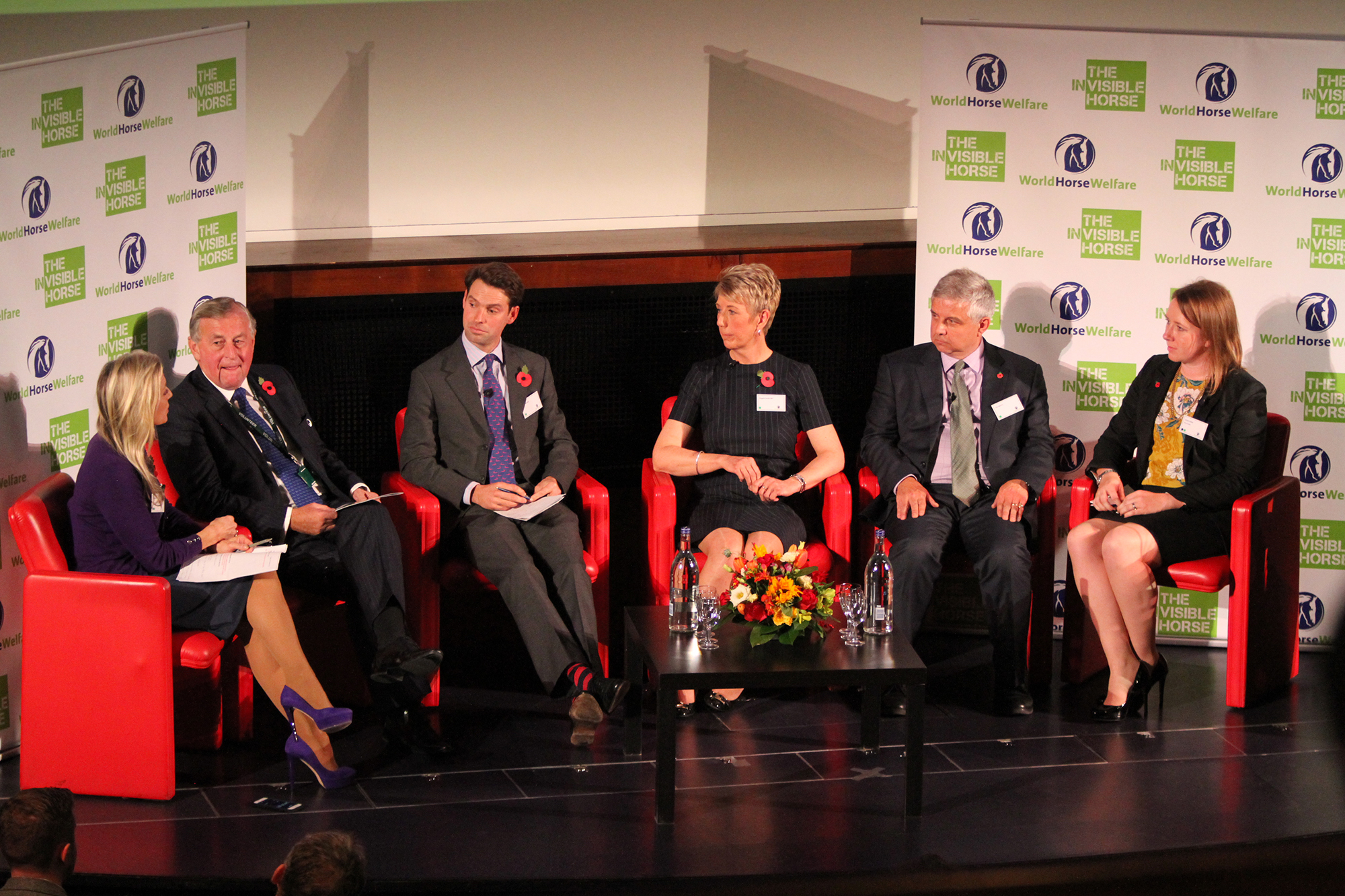 A discussion panel chaired by Olympic gymnast, presenter and World Horse Welfare Patron, Suzanne Dando-Reynolds debated the role of charity in equine welfare in the UK and covered issues such as who is responsible for equine welfare emergencies, how horse owners can be educated and the role of campaigning in improving equine welfare.

International event rider, Harry Meade, expressed the importance of putting the horse first in the world of equestrian sport. He said:

“We need to ensure a high welfare standard throughout horse sport. Not simply the elements which are very much in the public eye but what happens in the collecting ring and behind closed doors.”

Labour MP, Angela Smith, praised the ways in which equine welfare charities work in partnership but highlighted a need for stronger partnership working with local authorities to tackle welfare problems.

Tim Morris, Member of the Animal Health and Welfare Board for England, expressed the problems equines face due to falling between the gaps in legislation. He said:

Editor of Horse & Rider and Pony magazines, Louise Kittle, raised the importance of education in improving horse welfare and emphasised the pool of resources, knowledge and experience within welfare charities which can be shared with both the public and horse owners through the media.

World Horse Welfare Chairman, Barry Johnson MRCVS, highlighted the challenges facing equine welfare charities due to public perception of what constitutes a welfare concern and what is a resolution to a welfare case. He said:

“Prosecutions are the end of the line and wherever possible we will work with owners to support and advise. Equine welfare charities work well together in partnership to achieve a successful end result but this might not always be what the public want or hope to see.” 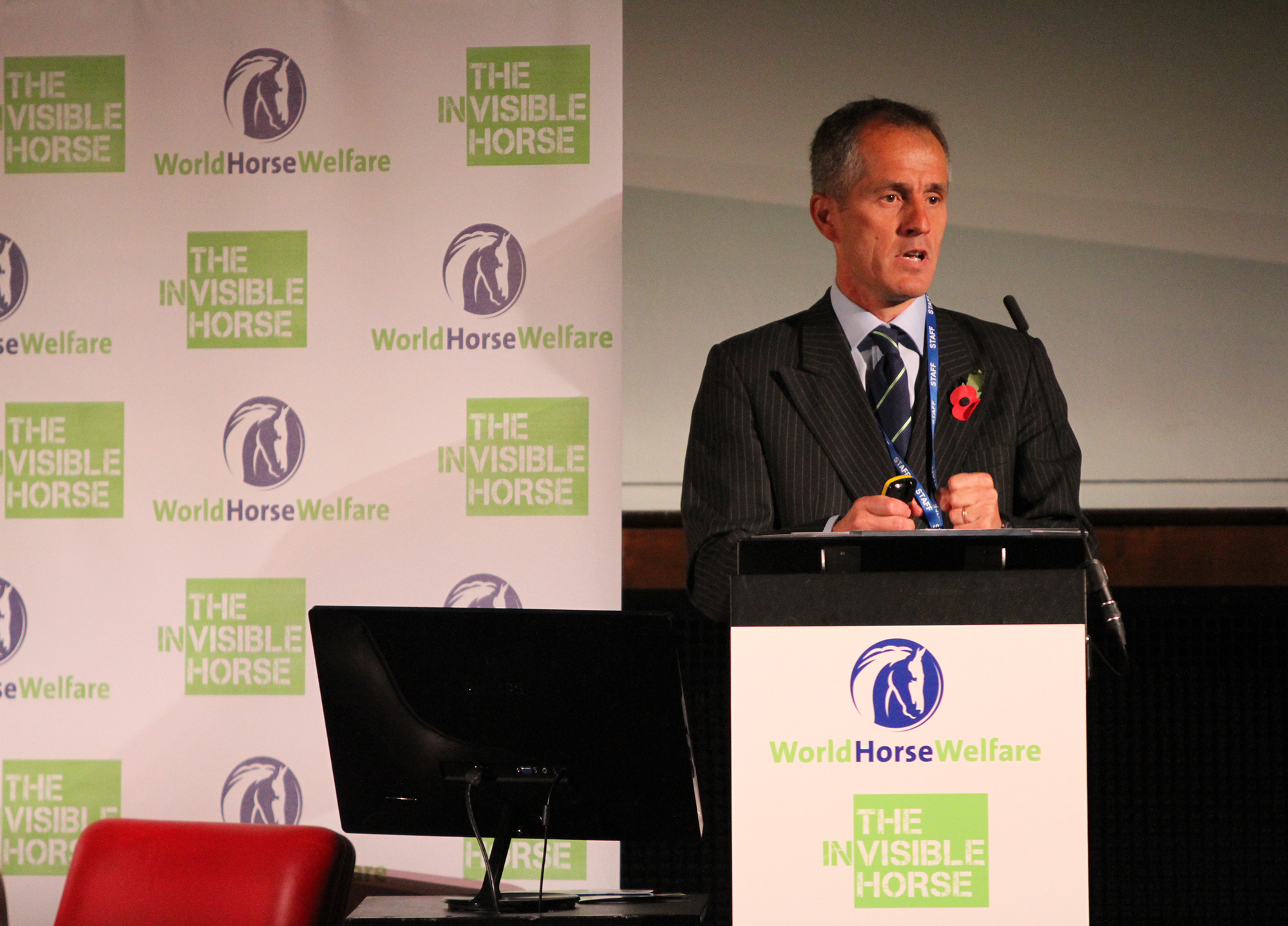 World Horse Welfare Chief Executive, Roly Owers, spoke of the many different forms that invisible horses can take. He used examples from all areas of the equestrian world to paint the picture of invisible suffering before giving an inspirational and rousing call for everyone to play their part in bringing invisible horses into the spotlight.

“We all have the power to shine a spotlight on invisible horses and invisible suffering.  We can all play a part in stamping it out.  What strikes me is that organisations can have great power, especially when working in partnership, but the individual can inspire or contribute to real change too. Our founder Ada Cole did this 90 years ago.  There are many sitting in the audience here who have shown similar leadership.  Let’s use our combined motivation and power – breeders, regulators, policy makers, sister charities, horse owners, donors, enforcement agencies and vets – to bring all horses in to the light and give them the care and protection they so desperately deserve.”

Three Charity in Action presentations from members of the World Horse Welfare team then shone a light on different aspects of the charity’s work including campaigns, international training and UK welfare.

Watch the full day of activity from the World Horse Welfare Conference 2016: 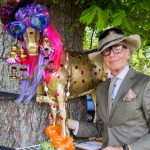 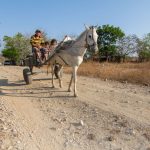 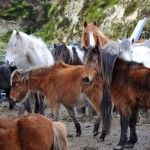 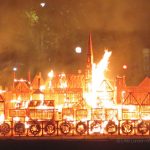 November’s Super Seven things to do in London 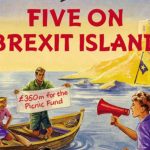 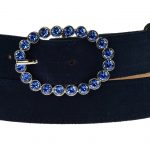 Christmas Gifts for the Horse Lover