A superb double clear from Cian O’Connor clinched victory for Ireland at the second leg of the FEI Nations Cup™ Jumping 2017 series at Ocala (USA). In a competition filled with the unpredictability that makes this team sport so immensely popular, it was the host nation that lined up second ahead of Canada in third and Mexico in fourth place.

Colombia was the only other country to finish when the three-rider side from El Salvador withdrew after posting a big first-round score and Venezuela failed to put a first-round result on the board despite a great opening clear from Emanuel Andrade.

There were two agendas at play today as Canada, El Salvador, Mexico and USA were also chasing qualifying points for the series final in this first leg of the North America, Central America and Caribbean League. Team USA, came out on top in that contest, and go into the next leg with a 10-point lead over hosts, Mexico, at Coapexpan in May.

The Irish were already leading with just four faults after the first round following clears from both O’Connor (37) and pathfinder Shane Sweetnam (36) with Chaqui Z, and counting just the single mistake at the influential penultimate triple combination for Kevin Babington (48) and Shorapur. Close behind were USA and Mexico carrying eight faults each while the Canadians were just one fence further adrift on 12 as the second round began. Despite a lovely double-clear from Tiffany Foster and Victor however, Canada slipped out of contention and an additional 16 faults also put paid to Mexican chances. So it came down to a tussle between Ireland and USA when the home side’s McLain Ward (Rothchild) and Lauren Hough (Comet) both faulted at the third element of the triple combination this time out and Lillie Keenan’s Super Sox put a foot in the water which became quite a bogey in round two.

When Sweetnam and Babington each put four on the board and Richie Moloney (35) once again collected 12 faults with Carrabis Z it was left to O’Connor to save the day. By now American star Beezie Madden had posted a fabulous double-clear with Breitling LS to round the US total to 16, so if the Irishman had a fence down then his side would be forced into a jump-off, and any more than that would give the host nation the win.

But the rider who took individual bronze at the London 2012 Olympic Games didn’t flinch, steering the hard-pulling Seringat to a superb fault-free run to clinch it.

“I think this was my 111th Nations Cup!” said the man who loves team competition and is keen to see his country becoming more competitive at championship level again. “Sometimes winning becomes a habit, and in Ireland we need to get back into that habit. Nations Cups are the best because they teach riders to work together, and we need to do that to get back to where we belong!”

The FEI Nations Cup™ Jumping 2017 series will resume with the first leg of Europe Division 1 at Lummen (BEL) in April. 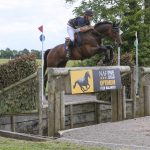 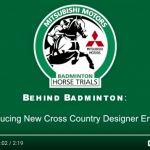 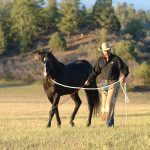 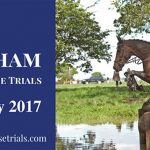 Focus on plants for the World Horse Welfare garden