We are delighted to introduce Laura Barber as the newest member of our blogging team. Laura and her 17.1h horse Tally are currently preparing for their first Badminton Grassroots Championships in the 90.  It hasn’t been the easiest of journeys to get there. 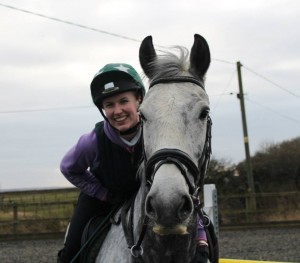 I know it’s often said, but I really love the power of social media. Perhaps more obviously, I also really love the world of Eventing. Somewhere in a wonderful mix between these two things I got chatting to Sarah, who’s invited me to join the blogging team here at The Gaitpost.

Without sounding like I’m 90 years old, I’m somebody who’s relatively new to the world of blogging and promoting oneself, so this all feels a bit surreal, but I’m very excited all the same, and hope to be able to share some stories of interest from an amateur’s perspective, who probably won’t be threatening the British team any time soon (hey, never say never!!!) but is on that common quest of trying to balance working full time whilst making the best out of a one-horse partnership.

Failing that, my horse is seriously handsome so if nothing else I promise to share lots of pictures!

So I should probably begin with a bit of an introduction and hopefully provide some justification as to why you should stick with us. Well to start at the present, my horse Tally and I are just two and a bit weeks away from the biggest event of our lives – the Mitsubishi Motors Grassroots Championships, held on the hallowed turf of the Badminton estate. Even typing this feels totally ridiculous, and thinking about actually doing it makes me feel excited/emotional/nervous/nauseous and everything inbetween! 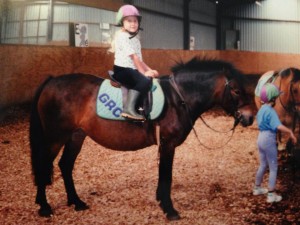 As a bit of background to me, I started as many do, in a Riding School, every Saturday, from the age of 4 til I was about 12. I think secretly my parents were hoping that it was a phase I would grow out of like all the other girls in my class, but as anybody who knows me will confirm, once I set my heart on something I see it through! 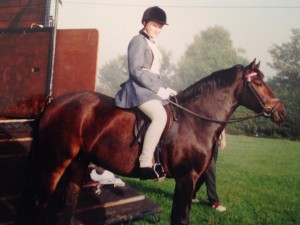 Our first event together

Mum refused to buy me a pony as we’d never be able to part with it once outgrown (she was right, I come from a family of soft touches), so after 8 years I was finally allowed my first pony on loan, a 14.1hh New Forest called Bella – beautiful she most definitely was, and we had the most wonderful year together. After losing Bella tragically in a field accident, we set about looking for my first horse – enter Sir Caffrey! 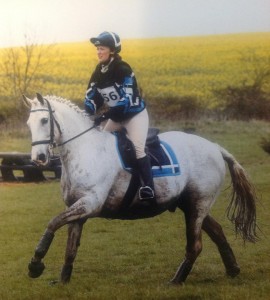 Caffrey doing his thing in the mud

Now I could write a whole book on why this horse is the best thing on the planet, but sadly that’s not really why I’m here, so in brief – Caff is an old school ID x TB with a leg in each corner and knows best about everything. He’s held no1 spot in the family for 13 years now and brought me up through Pony Club, Riding Club, BSJA and a bit of BE. He was a complete double clear machine but sadly had no interest whatsoever in complying for the 6 minutes required in the first phase, so we never really set the eventing scene alight. Having said that he did win he last ever BE in 2012, when a monsoon came down over Milton Keynes and half the field thought better of it and stayed in the dry. Caffrey simply thought he was back hunting in Ireland and showed them how it was done! 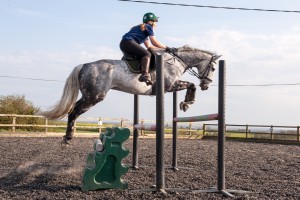 In 2009, Caffrey was turning 15 and was ready for a bit of a quieter life (not that he would ever have you believe it!!) and I was graduating from uni with no immediate career plans…enter Tally! Bought as a rising 5 year old from a great dealer in Melton Mowbray, he was tall and skinny, and my instructor eloquently described him as looking like ‘he’d been put in a flower press’. He’s out of Silvano, a KWPN show jumping sire, and Skyhill Girl, an ISH with King of Diamonds lines. Oooooo…a beautiful Irish cross country horse enhanced with floaty Warmblood paces I thought – what an amazing combination! What also became apparent however, is that the spooky Warmblood brain and the dim Irish brain also worked in tandem, so our progression to eventing greatness came neither quickly nor easily.

To condense our first few years together – we did lots of hacking and dressage, both of which we excelled at (the latter was a real novelty for me!!); but a phobia of all things show jumping combined with a lack of facilities seriously prevented any real hope we had of getting it together. I fell off more times than it is physically possible to recall, and questioned on countless occasions whether I could actually make something out of this horse. 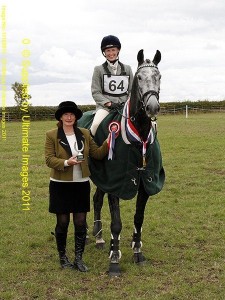 After 2 very bad lessons in quick succession I decided it was ‘do or die’ and moved Tally to live around the corner at a busy event centre – or ‘boot camp’ as we called it! Splitting my horses up was both horrible and a logistical nightmare, but I’d put too much into Tally to see it fail without giving it everything. We moved in June 2011, and in September 2011 we were crowned MKEC 3 Day Event Champions, his second ever event. It would be wrong to say we’ve never looked back as we’ve still had many a bad day since, along with an impressive injury list to further delay progress, but it was without doubt the best decision I’ve ever made.

We finally got out eventing properly in 2013, and Tally quickly progressed up to BE100. He is 17.1hh and rather massive, so I’m finding that helps greatly with the height of the fences, even if it does mean we rarely get a decent picture where he isn’t making the jump look miniature! On a good day Tally can do a lovely test, picks up his toes show jumping and cruises round the cross country. However he can also be rather apathetic about the dressage, roll the odd pole and isn’t nicknamed ‘Captain Slow’ for nothing. Getting 3 phases right on the same day is a real rare treat for us!!! 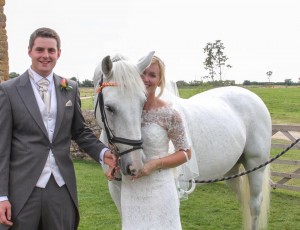 With the main man at my wedding…and my husband Ian too!

Our 2014 season started brilliantly with a 3rd at Swalcliffe BE90, gaining us our first Regional Final ticket. We did 2 more events and then everything went wrong. We discovered a hairline fracture in Tally’s splint bone purely by chance, so that meant 4 weeks of the dreaded box rest – in-hand grazing this horse is otherwise known as an extreme sport!! In July 2014, Ian and I got married and Caffrey was the star guest. We delayed our honeymoon in order to visit New Zealand during their summer.

I was clearly feeling left out and randomly picked up one of the most evil viruses going – Labyrinthitis. Some people are lucky and shift it after a few weeks, for others it can last much longer. I remained resolutely in the latter camp, and have actually been left with lasting damage to my balance, meaning I’m dizzy and/or fatigued most of the time. There was a time when I genuinely wasn’t sure if I’d be able to carry on riding, and literally had to build back up completely from scratch. I will never ever take for granted another day of feeling well ever again! 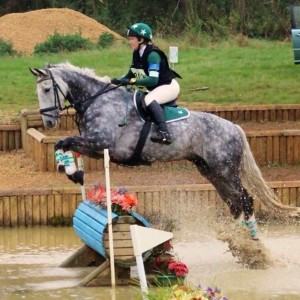 So what’s the best way of preparing for your first Regional Final I hear you ask? 4 months off and a balance problem?? Sure! Perversely this was the case, as I was just so pleased to be back in the saddle, I trotted over to the dressage arena with the biggest smile on my face and it didn’t leave me all day. Tally was beside himself with excitement at eventing again and we had the most wonderful day. Somehow we managed a 25.5 double clear, and a 5th place rosette was our ticket to Badminton.

Rather long windedly that brings me back round to now! Tally has started this season well with two for two double clears at BE100, most recently 7th at Swalcliffe, and we have one more event to go before the big one. I’ve just returned from 2 weeks travelling round New Zealand on our delayed honeymoon, which was the most amazing adventure and gave me a good break from all things horsey. Tally wasn’t quite as lucky as he was kept going by my wonderful friends and instructor, so he is feeling fit and raring to go. Plans are fully in motion now and ‘Team Tally’ is almost ready – everything possible is crossed and I’m buying shares in bubble wrap and cotton wool as we speak!

So I hope you enjoy following our story. This site is all about inspiration and hopefully we can demonstrate what a bit of hard work and commitment can achieve, even just on the amateur scale. I’m sadly not blessed with a pot of gold which would support my dream of riding horses all day, so I must work to fund my passion. The hours are long and unfriendly, the weather is cruel and you are always in a rush, but we wouldn’t be without it!

Would you like to blog for The Gaitpost? We would love to hear from you. 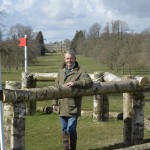 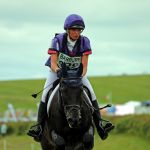 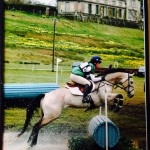 Pumbaa, The A Level Eventer : Part 3 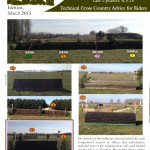 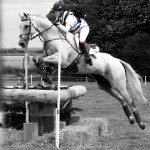